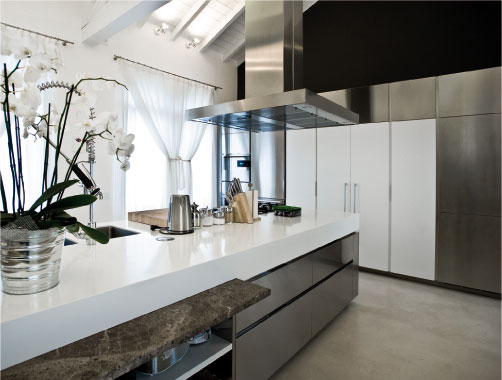 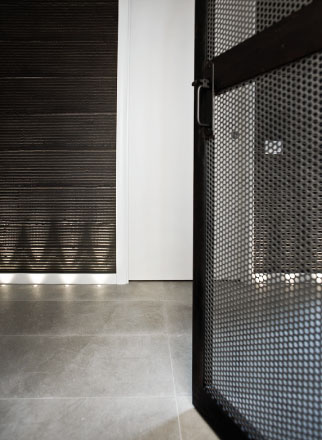 This penthouse of over 300m2 is the residence of a modern and contemporary art collector. He shares this valuable space with Warhol, Manzoni, Boetti, Rauschenberg, Tapis, Tombly and Fontana whose works hanging on the walls called for particular attention and respect. The first aim of the design was that of highlighting the works of art that were going to be hanged on the walls: this led to light  architectural solutions, almost total white or “achrome”, using a word dear to Pietro Manzoni who is watching us from one of the walls.
The owner, a man of complex personality and endowed with strong and broad and aesthetic values, distinguishes himself for a second passion: he is a lover of metal. Metal is the red thread of the project and is combined with the microcement in the floors and with the stones of the bathrooms. A peculiarity of this project lies in the fact that the architectural studio has also designed all of the custom made furniture, which partly belong to a collection marketed by Marco Ferrazzi company (linea494). 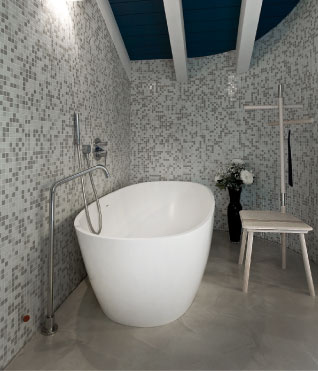 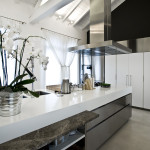 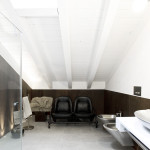